The campaign will air on Star TV network channels from November 19-21. 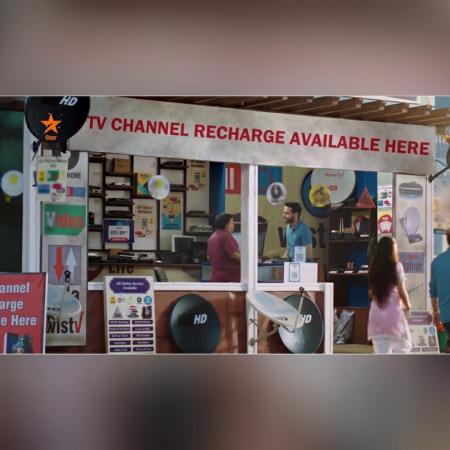 Mumbai: The Star TV network launched a campaign on World Television Day illustrating the role played by the country’s DTH and cable operators in improving the television viewing experience for consumers. The campaign titled #StarKaNaman presents the channel affiliates as the consumer’s extended family and will air on Star India Network channels from November 19 to 21 in seven languages.

The branded film showcases the value that the DTH and cable fraternity adds through their deep understanding of the consumer. It opens with a customer walking into an operator’s office to buy a year’s TV subscription for his family as he would be away for an entire year. The customer is totally surprised and touched by the operator’s understanding of what his whole family is watching and the assurance he gives him that he does not have to worry about recharging the TV channel package when he is away .

“We at Star India Network are grateful to our DTH and Cable affiliates whose special bond with consumers, much like an extended family, has enhanced the television viewing experience of millions of homes and also helped us better connect with them through our content,” said Chairman of Star and Disney India – TV Distribution for India and International Gurjeev Singh Kapoor. “#StarKaNaman is our gesture to appreciate and celebrate this spirit that makes television the go-to platform for family entertainment in India.”

Fox looks and talks like a traditional television network. But it may not always be one.

It was the indication Monday afternoon at the Beacon Theater in New York. It was there that new Fox Entertainment chief Charlie Collier — with Rupert and Fox chief executive Lachlan Murdoch in attendance — presided over the establishment of the network. (The upfront is where a network pitches its upcoming programming to Madison Avenue […]

Will we soon see a sports betting television network?

Asking if we will see a 24-hour TV channel devoted entirely to sports betting, handicapping and analysis seems rhetorical. With the speed of light as we progress through our sports betting universe in the United States, it seems more a matter of not IF but when? From the moment a casual to hardcore sports bettor […]