WILKES-BARRE — Despite some disputes, people in the Service Electric Stake claim to be the first cable television company in the United States, having been established in 1940.

With 17,000 customers in Wilkes-Barre alone and more than 300,000 network-wide, Service Electric today retains the company’s core mission of customer service and satisfaction.

Larry Shewack, who has run the Wilkes-Barre office since 2004, said Service Electric is customer-focused.

“We have same day/next day service,” he said. “We want to keep our customers happy.”

According to the company’s historical records, founder John Walson created the nation’s first cable television system in the 1940s in Mahanoy City, where high mountains and buildings blocked television signals to homes.

According to these historical records, in 1979 the U.S. Congress and the National Cable Television Association recognized Walson as having invented cable television in the spring of 1948.

Service Electric’s historical record shows that Walson was employed by the Pennsylvania Power & Light Company. In addition to this occupation, he and his wife also operated an electrical appliance store under a General Electric franchise.

In 1947, the Walsons began selling televisions in their home appliance store. Because the city of Mahanoy was surrounded by mountains, an antenna tower was built on top of a nearby mountain. Looking for ways to increase TV sales, a line was built between this antenna site and Walson’s appliance warehouse.

Then, in June 1948, this line was extended over utility poles to the Walsons’ home appliance store, connecting several families to its community antenna system. Three televisions were on display in the store window. Many people gathered outside the store to watch Philadelphia Channel 3, 6 or 10. As a result, a new industry was started in America.

From this beginning of cable television, Walson began building systems in nearby communities and others who noticed his success were quick to follow in areas where television signal reception was difficult. or impossible.

“Right now we are installing a new control unit for the Internet,” he said. “It’s a $1 million investment.”

Shewack said the biggest change in the business has been the popularity of internet streaming TV shows. He said the basic package available from Service Electric cost $39.95 per month, providing the subscriber with 35 “limited basic” channels and Internet access.

The cost of cable TV is always rising, Shewack said, noting that every Jan. 1 there are rate hikes. He said those costs are also driven up by programmers like ESPN, MTV, CNN, other networks and local stations.

Shewack said Service Electric employs 40 people, including contract workers. The figure of 17,000 customers is down from a record high of 26,000 20 years ago, which Shewack attributes to satellite television.

Shewack has an antique television, circa 1940, in his office. The screen size is comparable to that of an iPad or a large mobile phone.

“In 20 years, everything we have today in this industry will be obsolete,” Shewack said. 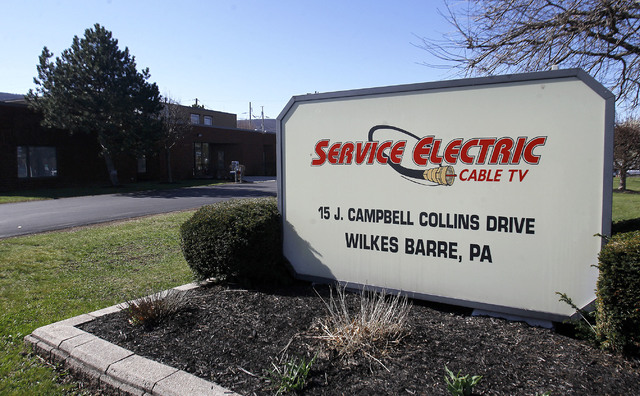 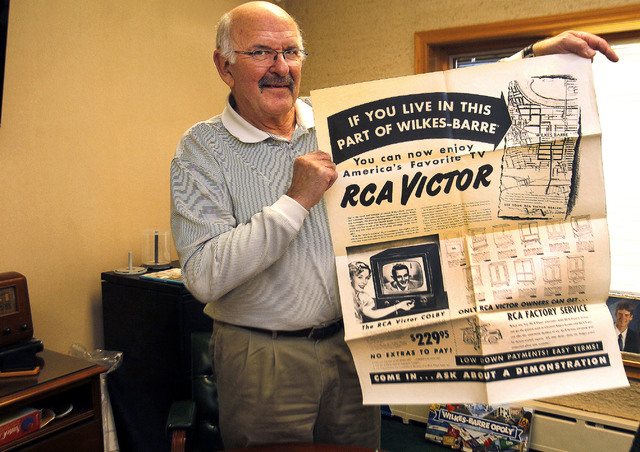 Haverhill has entered into a new 10-year agreement with Comcast which, among other things, provides for a local television channel to use high-definition technology. Comcast has three years to convert any of the local channels, whether public access, educational or government, to high quality video format. The deal, negotiated by the city’s cable television advisory […]

So let me clear things up. As a society, we can send humans to the moon. We can program robots to dance and perform operations. We can design cars that drive and run on electricity. So you’re trying to tell me that I need to have CABLE TV to watch the Columbus Blue Jackets play […]