When Justin D. Ross resigned from the House of Delegates in 2012, it looked like a big deal.

Ross was just 36 at the time, a rising star in Annapolis and Prince George’s County politics with a decade of legislative service under his belt. He said The Washington Post he was tired of being “a part-time dad”. But his decision to move on was also seen as an indictment of the slow progress of most state lawmakers in the legislative power structure. 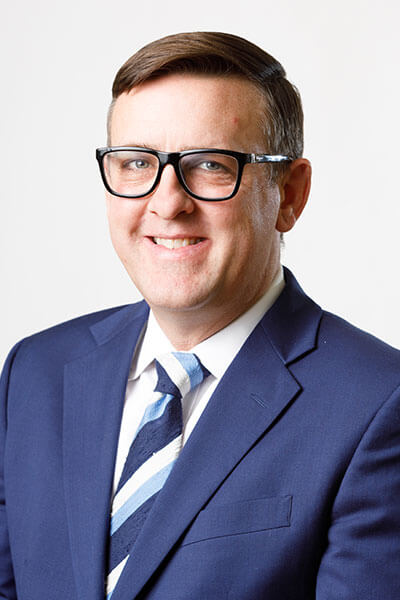 Ross certainly did well. Within months, he teamed up with several other Annapolis smart agents to form Perry, White, Ross & Jacobson (PWRJ), which quickly became one of the most successful government relations firms in the state. Ross turned his close ties to House leaders into annual earnings that regularly hovered around the half-million dollar mark, and the firm’s senior partner, Timothy A. Perry, former chief of staff to the late Senate President Thomas V. Mike Miller Jr. (D), earned $1 million annually in revenue.

At home, Ross remained a powerbroker. He became a confidant of Prince George’s County leaders Rushern L. Baker III (D) and Angela D. Alsobrooks (D) and other political leaders. A former commercial real estate broker, he has also become a leading strategist and leader of economic development projects in the county.

On Wednesday afternoon, Ross and PWRJ will announce the next step in his professional progression – and that also seems like a big deal. Lobbyists come and go all the time in Annapolis, but most remain committed to the State Circle and the government relations trade, occasionally hopping from company to company.

He quit lobbying almost entirely to pursue a new career in the sports and entertainment industry. Beginning July 1, Ross will serve as senior vice president of Global Sports Programming for Next Level Sports & Entertainment (NLSE), which was recently purchased by the former Obama administration Department of Defense official and tech entrepreneur Andre Gudger, who happens to be a graduate of UMBC.

NLSE is a growing media concern that is currently available on cable television, satellite systems and digital platforms in 40 million American homes – and approximately 100 million worldwide. The company is the only black-owned sports network in the world.

Ross said his role would be to help the network expand its programming as it competes with Goliaths like ESPN. NLSE has just signed a contract to broadcast games from the Professional Collegiate League, a fledgling professional basketball league, and will also begin broadcasting professional lacrosse games. Gudger, who was a client of Ross when Ross worked in commercial real estate, bought a lacrosse team, the Atlanta Blaze, in 2018.

“It’s an authentic, unapologetic place to tell the stories of athletes and artists whose stories are never heard,” Ross said of the network’s mission.

As for the company Ross leaves behind, PWRJ, whose clients include AT&T, Altria, Amazon and Anheuser-Busch (and those are just the A’s), will keep its name for now, with Ross’s R intact. . The firm only recently moved from its longtime home on Cathedral Street, a few blocks from the State House, to the former State Circle headquarters of lobbying firm Alexander & Cleaver, today disappeared.

There’s one client in Ross’ lobbying portfolio that he’s not giving up on: the Washington football team.

Ross said that while he “loved being part of this amazing company,” the chance to work with Gudger and learn about a new industry was too good to pass up.

“We’re on the ground level of this thing,” he said. “It’s so much fun. It’s just ideal.

Editor’s note: This story has been updated to indicate that Andre Gudger purchased the Atlanta Blaze lacrosse team in 2018.

Auburn’s penultimate home game of the season will be an early kick at Jordan-Hare Stadium. When Auburn hosts Mississippi State on the Plains on Nov. 13, both games will start at 11 a.m., the SEC announced Monday. The match will be broadcast on ESPN. Learn more about Auburn football: Statistically speaking: the bettor appreciation time […]