A study by advertising giant Dentsu found that total ad spending in Japan in 2018 rose 2.2% from the previous year, to 6.53 trillion yen, reflecting the slight economic expansion. This is the seventh consecutive year-over-year increase.

Television commercials have long been the dominant form of advertising, but now Internet advertising has become a fierce rival. Although online ads only accounted for 5.5% of all ads in 2005, by 2018 their share had risen to 26.9%.

The breakdown of online advertising spending reveals that ads placed on digital versions of the four major media types, including online versions of newspapers and magazines, totaled 58.2 billion yen in 2018. 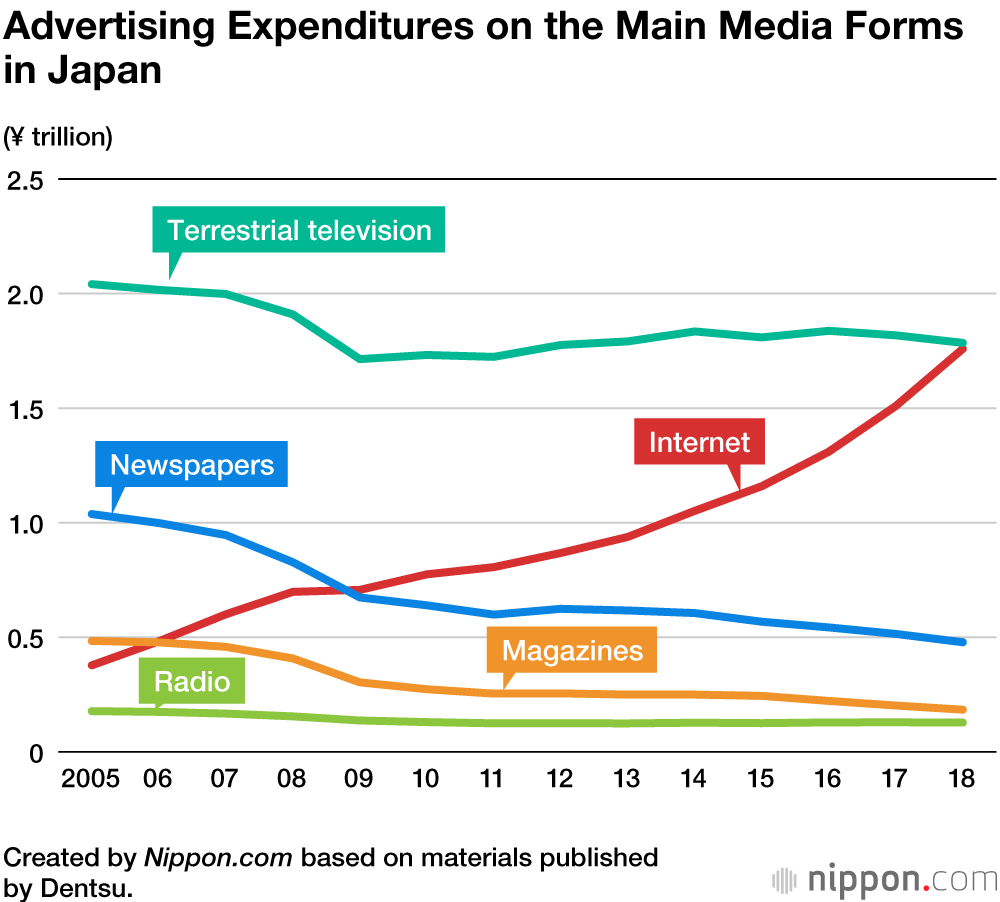 the Internet
The advertisement

5 Reasons We Should Just Get Rid of TV Commercials

Commercials have traditionally been as much a part of television as the television shows themselves. Since the medium’s earliest days, advertisers have used it as a platform to promote their products, pouring hundreds of millions of dollars into large campaigns targeted at specific audiences. But during that time, they’ve run into opposition from the same […]

Toyota will not air any Olympics-themed TV commercials on Japanese television networks in light of rising Covid-19 infections and increasingly polarized public sentiment in the host country of the Tokyo Olympics in 2020, PA News reported. This is despite the automaker being a major sponsor of the International Olympic Committee (IOC), and the company also […]